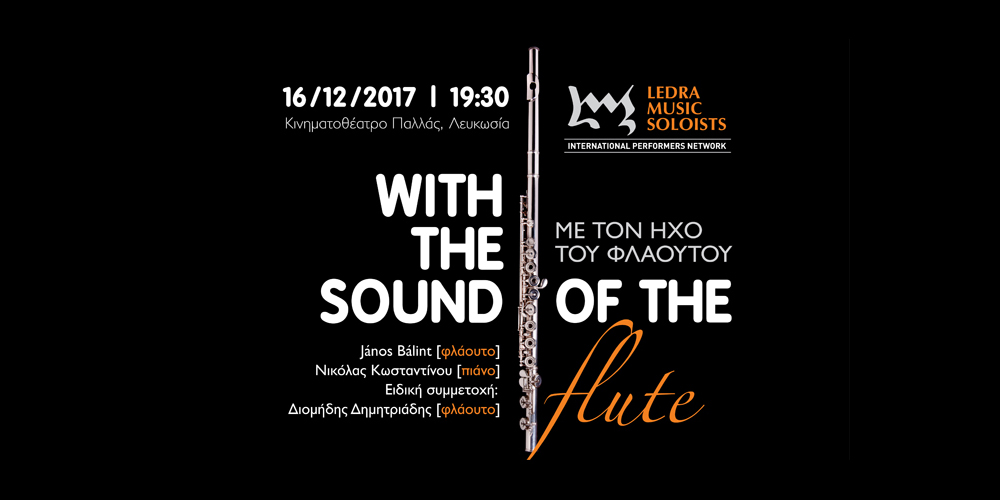 WITH THE SOUND OF THE FLUTE

Ledra Music Soloists has the honour to present, for the first time in Cyprus, the internationally acclaimed virtuoso flautist János Bálint for a musical soiree with Cypriot pianist Dr Nicolas Costantinou. The two artists propose a memorable evening with selections from the Romantic period to the 20th century. The programme will include masterpieces that highlight the instrument’s technical abilities as well as illustrate its wide range of musical colours. Most notably, the audience will have the chance to enjoy Prokofiev’s wonderful Sonata in D major, as well as Liszt’s Second Hungarian Rhapsody in a transcription by our invited guest. The recital will also feature the acclaimed Cypriot flautist Diomedes Demetriades who, together with the two artists, will perform Franz Doppler’s famous Duet, op. 25.